Last Monday I was on a call with Dave Potter,  a thought leader in global ed, an individual who has worked with iEARN and other groups for years and now works for the Kind Foundation on Empatico, their school-to-school connection project. He was saying one of the challenges of engaging schools in innovative work is that when the leader leaves the school, so does the program.

But NOT in Dallas, and not with Dreamline. The Anson Jones Elementary School had been doing Dreamline as a whole school for the past few years. At the end of last year the principal, Mr. Herrera left. And so did Dreamline art teacher Candice Lindsay. But instead of folding, the program exploded, holding its own at Anson Jones, moving into Mr. Herrera’s and Ms. Lindsay’s new schools and pulling in others as well. 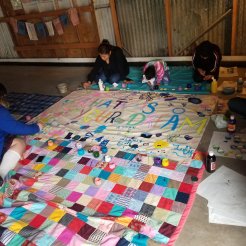 The result blew me away when I attended the first-ever multi-school Dreamline Festival in Dallas last Saturday.  Started last fall as the idea of Shannon Kline and Candice Lindsay, it happened last week and it was magical. Originally planned as an outdoor event, it moved to a  donated space to get out of the heavy rain. Then the power was off, but the organizers never lost a beat and were gaining power every second–especially with a donated generator. As I said to the group, “When the power is off, the power is ON.” And it surged on Saturday. 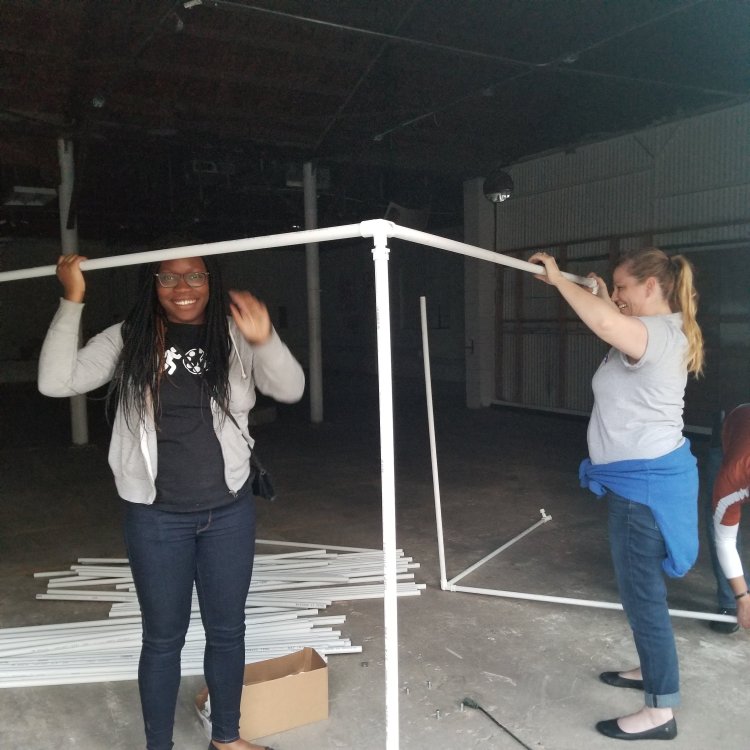 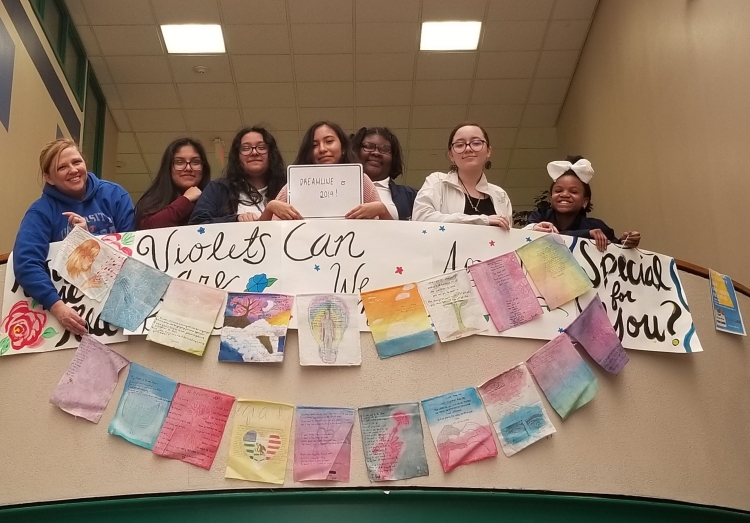 The center of the event was the collection of Dreamline banners from across the city surrounded by the energetic blast of sound and light from a volunteer professional DJ.

It was a day I will always remember and that, I imagine, all present will carry with them in the years to come. And they’re already talking about next year.

A few quotes from middle school students at the event:

“It’s like you’re a big family when you do the Dreamline, however you don’t know each other yet.”

“It makes you see how humankind people are.”

“There’s people from all over the world, but they all kind of share the same purpose, which is like to make this world a better place, to make it better so people will be happy, and they want to help others. That’s what kinda got me.”

“You’re pouring your heart out over an image, over some piece of art.”

“The part of it that got me excited was that I know people would actually hear my voice.”

“This applies to a lot of people, not just me. It’s a worldwide thing.”

I could not have said it better.